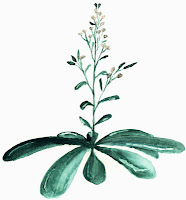 I won’t be the first or the last person to state that I find ecological niche models (ENMs) a bit problematic. In their simplest form, ENMs are statistical models correlating species presences or presences and absences with climatic factors. These models can then be used to predict the location of suitable habitat either elsewhere in space or later in time. They can be used to examine how species’ ranges may shift with climate change, to predict where invasive species’ ranges will expand, or to suggest appropriate locations for new reserves. Over the last while, they’ve faced a fair amount of criticism. For example, most fail to incorporate biotic interactions and so they capture a species’ realized niche: this means that it might not be accurate to extrapolate the model to areas where the biotic environment is different. There are also questions of what is the appropriate spatial scale for environmental data; the problem that many populations’ dynamics (especially invasive species) are not at equilibrium with the environment, so their observed relationship with climatic factors may not represent their niche; statistical and data-quality issues; and the difficulties of validating predictions that may be made for changes in habitat 50+ years in the future. Like many new techniques, ENMs became popular quickly, before they developed an appropriate foundation, and so they were subject to misuse and inappropriate conclusions. But this is a typical pattern – the development of ecophylogenetic tools has followed a similar path.

While this period of early growth has tarnished some people’s view of ENMs, it would be a shame to disregard them altogether when there are people still using them in interesting and inventive ways. A great example is Banta et al. (2012), which combines a model organism, intraspecific phenotypic variation, and spatial structure of genetic variation with ecological niche modelling. Banta et al. focus on the problematic assumption of such models that intraspecific variation in climatic tolerances is minimal or unimportant. One approach to exploring this issue more is to develop intraspecific ENMs using genotypes, rather than species, as the unit of analysis.

Banta et al. take advantage of the fact that the model organism Arabidopsis thaliana is genetically well understood, allowing them to identify ecologically different genotypes, and is widely distributed across highly varied habitats. The authors looked at genotypes of Arabidopsis that varied in flowering time and asked whether these ecologically differentiated genotypes had different niche breadths and potential range sizes. They also looked at the classic macroecological question of whether niche breadth and range size are correlated (in this case, intraspecifically). To answer these questions, they identified 15 single locus genotypes for flowering time (henceforth “genotypes”), and developed ENMs for each, looking at the climatic conditions associated with each genotype. Using the output from these models, Banta et al. calculated the niche breadth (measured based on how much suitability varies among habitat types) and the size of potential habitat (the sum of units of suitable habitat) for each genotype.

The authors could then look at how intraspecific variation in flowering time related to differences in niche breadth and range size among the different Arabidopsis genotypes. They found that genotypes tended to differ from each other in both niche breadth and range size. This is important because ENMs assume that small amounts of genetic variation among populations shouldn’t affect the accuracy of their results. In fact, even differences in a single gene between genotypes could be associated with differences in niche breadth and potential range. In general, late flowering genotypes tended to have smaller potential ranges. The authors suggest a few explanations for this, including that late flowering genotypes may be adapted to harsher conditions, where flowering late is beneficial, but unable to compete in less stressful habitat. Regardless of the particular explanation, it shows that single locus differences can drive phenotypic differences among individuals, which in turn have notable macroecological effects.

Similar to the pattern found in a number of interspecific studies, the authors found a strong correlation between potential range size and niche breadth. This matches the oft-quoted statement by Brown (1984) that generalist species should have large potential ranges compared to specialist species, which should have small potential ranges since they only tolerate a narrow range of environments. It should be noted that this explanation is based on the assumption that habitat types are equally common: should a specialist species be adapted (only) to a widespread habitat type, the correlation between niche breadth and potential habitat size would be weakened. Because this study didn’t incorporate competition or other biotic interactions, it is not possible to conclude that there are differences in climatic tolerances among genotypes rather than differences in competitive abilities, for example. Inferior competitors may be exclude from ideal habitats and so appear to be specialized to harsh conditions (and the authors note this). This is always the difficulty with interpreting observational patterns, and further, the ongoing difficulty with defining a species’ niche based on observational data. In any case, this study does a nice job of exploring the underpinnings of macroecological variation and uses EMNs in an informative way, and suggests many interesting extensions.
Posted by Caroline Tucker at 5/31/2012 12:31:00 PM

Your blog roll is broken--Oikos Blog has posted a bit in the last 5 months! ;-)

I wonder if that analysis above means that the impact of global warming on these various species can be determined?