I’ve been thinking a lot about research topics I’m interested in pursuing once I finish (knock on wood) my PhD. During a conversation about possible post-PhD interests, a mentor warned me to be careful because they thought one topic might be a “fad”. I’m interpreting their definition of a “fad” as a subject that, while popular, is likely to be short-lived, misguided, and/or without a lasting impact. While we decided that the topic we were discussing is probably not a fad, it made me curious. How does one differentiates a faddish topic from a new but deserving idea or tool?

The scientific literature even includes a few papers about fads. And this is something they've been thinking about for a long time: in 1989 Warren G. Abrahamson, Thomas G. Whitham and Peter W. Price wrote a paper called “Fads in ecology” (in which they failed to identify any fads). Starbuck 2009 made excellent points about fads in the social sciences and behaviour that seem equally applicable to ecological research. Unfortunately, the first point these papers make is that identifying a fad is mostly about hindsight and even then, sometimes hindsight isn't enough. While Darwinism trumped Lamarckism in the 1800s, scientists now recognize that the idea of acquired characters is not (completely) wrong and ties into modern concepts like epigenetics. While most ecologists can think of some fads that have happened during their careers, picking a fad out in its early moments seems difficult. In the beginning, fads are simply attractive ideas, which slowly draw followers, until the number of people doing research on the topic reaches a critical mass. The way in which fads differ from a regular idea is that they rapidly establish, but this critical mass of research also rapidly makes the fad's limitations apparent. Once the promise of the fad is contradicted by evidence, people begin to jump ship.

It was also suggested to me that maybe fads shouldn't be judged too harshly, since they are just research bandwagon - topics which increase rapidly and disproportionately in attention, funding and publications. While some fads truly have negative effects on the science, most are simply overemphasized (hence their "faddish-ness") compared to other equally worthy topics, but still make contributions to science.

Ultimately we’re susceptible to fads because in a publish-or-perish academic setting such ideas often promise a great degree of generality or explanatory power and emphasize novelty. “These … fads may have occurred in part because researchers value novelty and they have limited tolerance for imitation” (Starbuck 2009). It's true that novelty carries risk, but it also can be very rewarding. The advice I received on choosing a research project has been divergent and sometimes contradictory - ranging from "avoid trending topics and fads by understanding the classic, proven work" (always good advice) to "feel free to join a bandwagon, but only if you're on the leading edge of it" (a little harder to follow). And perhaps that's the most interesting thing - successful academics seem to have taken many paths to success, suggesting that there is room to explore the scientific landscape a little. 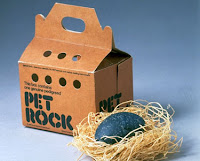 In praise of Peter Abrams, at Dynamic Ecology

A nice tribute to Peter Abrams, an eminent ecologist and evolutionary biologist who is retiring this year, from Jeremy Fox at Dynamic Ecology. By virtue of being in the same department I've been lucky enough to interact with Peter and the experience is a highlight of my time there. All I'll say is that Peter is both humble and brilliant, and his work is both wide-ranging and very thorough. Most books on ecology or evolutionary biology include a long list of references to his work, and he's an essential part of our field.

Also, I'm sure the comments will have lots of nice anecdotes, so head on over.