A different kind of ecological diversity: on sticking out in academia

This is a guest post from Sarah Hasnain, currently a PhD student in ecology at Queen's University. Sarah did her MSc at the University of Toronto with Brian Shuter on the interplay between environmental and evolutionary processes underlying thermal response in freshwater fish. Sarah was an office mate of mine for a while at the University of Toronto, and we had some interesting conversations about balancing cultural backgrounds and academia.

By the time that I was nine years old, I already knew that I wanted to do something in science. By the time I was eleven, my grandparents had patiently explained that in order to be a research scientist, I need to complete something called a PhD. And by thirteen, after brief flirtations with physics (which seemed cool at the time, and still is), mathematics, and history, I had decided to pursue a career as an ecologist.

My family supported me in my goal of being a scientist, even though they didn't  know what an ecologist was. And as an undergraduate in Canada’s largest, most multicultural city, I didn’t stand out from my fellow classmates, who similarly came from all over the globe. And yet surprisingly, in addition to the usual student woes about finding scholarships, funding and the right academic advisors, the fact that I am a Pakistani female (and until recently a Hijabi) always seemed to play a role in how people responded to my goals. I continue to be asked to explain my career choice and my passion for science on a  regular basis by colleagues, faculty members and visiting scientists  which was and continues to be emotionally exhausting. For example, a senior faculty member followed me to the lab that I worked in as an undergraduate research student, to confirm that I actually worked there. People always came to my posters at conference poster sessions, but a number of them wantied to tell me that they are very glad to have someone “like you” here. One of the determining factors for which PhD labs I wanted to be in was that during the interview, at no point did the potential supervisor asks what made someone from my cultural, ethnic and religious background decide to pursue ecological research. This actually knocked a few labs out of the running.

I understand that my career choice is interesting, considering that ecology is not a field that has historically attracted many Pakistani women. And it’s undeniable that these comments and questions are about people wanting to be open and accepting and welcoming to me. But I can’t help but feel that the constant questions about my background insinuate, probably unintentionally, that my ethnic, religious and cultural affiliations are more interesting than my research. As an ecologist belonging to a minority group, these questions can have the opposite effect – instead of feeling accepted by their interest, I feel like I am constantly justifying my existence in this field. I imagine that for many minority ecologists, the underlying message is that they don't belong here.

Of course I don’t represent all minority, or Pakistani female ecologists. Probably some individuals would appreciate this interest in their background. But others, like myself, may not. Regardless of ethnic, cultural or religious affiliations, ecology is not the expected career choice in North American society. Why is someone like me interested in ecology? Because I like it. Just like everyone else here. 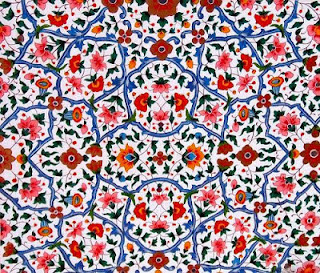 When it will become customary to have people "like" you in academia (and in opther fields too) nobody will notice any more.

Being the only South Asian kid in a public administration class. Sr. Kathy of the Tessellate Institute talks about being the only Muslim in the political science faculty. So whenever a discussion turns to religion, or Islam, or even just the Arab world, heads turn towards her, almost expectantly, as if she should provide an opinion or have expertise in the matter.
I don't think it's always discomfort with interest in background...it's when your background seems to define you, and people think you have preconceived notions about right or wrong based on THEIR preconceived notions of your background. That's when it gets uncomfortable. When you are seen to have a bias in issues that you are actually being very objective about.

I would argue it is a mistake to understand science as comletely objective. While we wish, as scientists, to be logical and rational, the reality is that for all of us, our cultural background (in its widest sense) influences our questions, how we do our science, and how we explain our findings. Many mainstream scientists seem to forget this.

Of course, that does not mean it can be very uncomfortable and tiring to be the one minority scientist in a room who is supposed to have all the answers about a particular issue.I don't think this is ok either.

I don't think my last paragraph makes grammatical sense- but hopefully the gist is clear -sorry! I meant, it can be very uncomfortable to be the one minority scientist expected to have all the answers.

Most ecologists tend not to have conversations regarding Islam, religion or the Middle East. When the topic does come up (rarely), some people do expect me to provide an opinion. I agree with you that the main problem is when certain people assume that I must believe in certain notions as a consequence of my cultural background.

@Anon 12:58 & 1:01
I agree that scientists do not exist in a vacumn and the questions we ask are probably influenced by our experiences, either as a majority or a minority. It's really strange that scientists belonging to minorities are asked about their backgrounds and the reasons why we pursue research, especially when everyone's background and reason for pursuing research is just as interesting.