Progress on the problem of pattern, process and scale


Why do patterns get so much attention from ecologists? MacArthur (1972) suggested it was because patterns imply repetition, and repetition implies predictability. And prediction is the Holy Grail of ecology. Of course, patterns are meaningless without consideration of spatial or temporal scale. As Levin put it in his MacArthur lecture (1992) "the description of pattern is the description of variation, and the quantification of variation requires the determination of scales". Observing, modelling, and predicting ecological patterns at differing spatial scales has dominated much of ecological thought since Levin’s paper – today, entire subfields heavily focus on patterns through space or time (species-area relationships, macroecology, biogeography, etc).

When ecological research focuses on pattern, but lacks attention to process and scale, it has received much (deserved) criticism. Even when patterns are considered at the appropriate scale and with regard to process, the ability to understand how these processes and patterns translate from one scale to the next (i.e. how do we explain the differing relationship between invasion success and community diversity at local compared to regional scales?) is still limited. And yet clearly connecting processes across scales is a central goal. In the upcoming issue of Ecology Letters, a review article by Jérôme Chave looks at how ecology has progressed in dealing with patterns and scale in the last 20 years.

Chave does a great job of placing current ecological thought into historical context. Sometimes we forget that one of the benefits of ecology’s youth is that ecology has developed concurrently with necessary technological advancements and demand for ecological knowledge. As a result, the need for ecological knowledge and the ability to provide it are tightly linked in time. As a result, Chave suggests that ecology is making noticeable progress, particularly in four focal areas: 1) coupling ecology and evolution, 2) global change, 3) modularity in interaction networks, and 4) spatial patterns of diversity.

The first two topics reflect ongoing issues in ecology. The incorporation of evolutionary dynamics into ecology is an increasingly popular topic (for example), and it is not uncommon for ecological and evolutionary dynamics to have similar temporal scales. Explaining temporal patterns then may require coupling models of ecology and evolution: for example a study of Darwin’s finches found that for one period evolutionary dynamics were occurring on a more rapid temporal scales than ecological dynamics. Global change has dominated ecological research and the problem of scaling processes up from local to global or from global to local effects (of temperature on productivity, etc) is another clear area of growth. This may be the most successful attempts to scale, since models of global carbon cycles have progressed from empirical data and models to predictive models. An apparent example of what can be achieved when demand and appropriate technology are both present.

The remaining two foci relate to networks, and spatial patterns of diversity. The first, modularity in interaction networks, allows groups of interactions to be incorporated into larger scale networks; for individual variation could be incorporated into interactions between species. More generally, Chave suggests that the “abstracted multidimensional space of an interaction network” might be one way to simplify temporal and spatial scales. He suggests that this is where ecology could learn from other studies of complex biological systems such as cellular networks and networks of human governance and management. Finally, spatial patterns of diversity – a striking and oft-considered issue in ecology – are suggested as an area in ecology that has seen advances. Biological diversity is patchy through space, and the amount of patchiness is dependent on the scale of observation. Planktonic blooms might be patchy on a global scale while tropical trees might be patchy over meters. Scaling from local patterns to global has been difficult – for example, models of local dispersal don’t necessarily predict regional dispersal patterns. Chave suggests that one problem in the past was the ignorance of processes at larger scales (i.e. systematics, biogeography) and a predominant focus is on local processes. He provides a few examples that have bridged this issue, for example neutral theory includes both regional and local processes, while ecophylogenetics incorporates evolutionary history.

The review focuses attention on several relevant or insightful approaches to the problem of pattern and scale, and suggests possible connections between ecology and other areas of work (for example, interaction networks and metabolic networks). Although it provides interesting examples, it offers little synthesis or ideas for reconciling issues of pattern and scale, and while the four foci are valid and appropriate, they feel like a rather patchy way of covering a larger and more general issue. This may simply be too complicated and large a topic to cover in a single short review. Chave seems a little generous is giving props to approaches which at their best do incorporate multiple scales (e.g. neutral theory and ecophylogenetics), but which arguably have relied heavily on pattern analyses without a strong focus on process, something that seems to go against the spirit of the review. In addition, some of the explicitly general attempts to reconcile scale and pattern in community ecology are missing. For example, a series of papers from Brett Melbourne and Peter Chesson used 'scale transition theory' to model dynamics across multiple scales. This framework has been applied at least to a few fisheries-related papers. In addition, research on predator-prey dynamics has long considered the question of how functional responses scale up (one review). That said, it's clear that ecology has made progress in some areas and that there are options for moving forward.

Ultimately, Chave seems to suggest that the question of how well ecology can deal with patterns and scale depends on whether complexity is reducible or intrinsic to understanding natural systems. He goes so far as to state “This suggests that in approaching novel frontiers of the study of complex ecological systems we need to pause about the challenge ahead of us...Once we enter the realm of complex systems, neither physics nor biology are well equipped to progress.” This is obviously a pessimistic take on the future for ecology. Is it true? 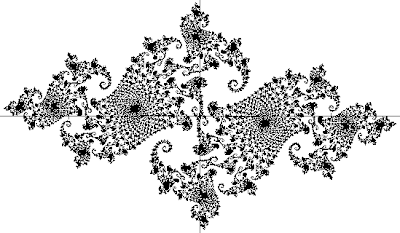