What is ecology’s billion dollar brain? 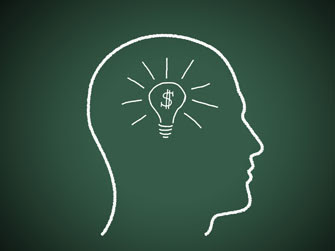 (*The topic of the billion dollar proposal came up with Florian Hartig (@florianhartig), with whom I had an interesting conversation on the idea*)

Last year, the European Commission awarded 1 billion dollars to a hugely ambitious project to recreate the human brain using supercomputers. If successful, the Human Brain Project would revolutionize neuroscience. (Although skepticism remains as to whether this project is a more of a pipe dream than reasonable goal). For ecology and evolution, where infrastructure costs are relatively low (compared to say, a Large Hadron Collider), 1 billion dollars means that there is essentially no financial limitation on your proposal, so nearly any project, experiment, analysis, dataset, or workforce, is within the realm of possibility. The European Commission call was for a proposal for research to occur over 10 years, meaning that the constraints on project length (usually driven by grant terms and graduate student theses) are low. So if you could write a proposal, upon which there are essentially no constraints at all, what would it be for? (*if you think that 10 years is too limiting for a proper long-term study, feel free to assume you can set up the infrastructure in 10 years and run it for as long as you want).

The first thing I recognized was that in proposing the 'ultimate' ecological project, you're implicitly stating how you think ecology should be done. For example, do you could focus on the most general questions and start from the bottom. If this is the case, it might be most effective to ask a single fundamental question. It would not be unreasonable to propose to measure metabolic rates under standardized conditions for every extent species, and develop a database of parameter values for them. This would be the most complete ecological database ever, that certainly seems like an achievement.

But perhaps you choose something that is still of general importance but less simplistic, and run a standardized experiment in multiple systems. This has been effective for the NutNet project. Propose to run replicate experiments with top-of-the-line warming arrays on plant communities in every major ecosystem. Done for 10 years, over a reasonably large scale, with data recorded on physiology and important life history events, this might provide some ability to predict how warming temperatures are affecting ecosystems.

The alternative is embrace ecological complexity (and the ability to deal with complexity that 1 billion dollars offers). Given the analytic power, equipment, and man hours that 1 billion dollars can buy, you could record every single variable--biotic, abiotic, weather--in a particular system (say, a wetland) for every second of every day. If you don’t simply drown in the data you’ve gathered, maybe you can reconstruct that wetland, predict every property from the details. While that may seem a bit extreme, if you are a complexity-fatalist, you start to recognize that even the general experiments are quickly muddied by complexity. Even that simple, general list of species' metabolic parameters quickly spirals into complexity. Does it make sense to use only one set of standardized conditions? After all, conditions that are reasonable for a rainforest tree are meaningless for an ocean shark or a tundra shrub. Do you use the mean condition for each ecosystem as the standard, knowing that species may only interact with the variance or extremes in those conditions (such as desert annuals that bloom after rains, or bacteria that use cyst stages to avoid harsh environments). What about ontogenetic or plastic differences? Intraspecific differences?

It's probably best then to realize that there is no perfect ecological experiment. The interesting thing about the Human Brain project is that neuroscience is more like ecology than many scientific fields - it deals with complex organic systems with emergent properties and great variability. What ecology needs, ever so simplistically, is more data and better models. Maybe, like neuroscience, we should request a supercomputer that could located and incorporate all ecological data ever collected, across fields (natural history, forestry, agronomy, etc) and recognize the connections between that data, based on geography, species, or scale. This could both give us the most sophisticated possible data map, showing where the data gaps exist, and where areas are data-rich and ready for model development. Further, it could (like the Human Brain) begin to develop models for the interconnections between data.

Without too many billion dollar calls going on, this is only a thought experiment, but I have yet to find someone who had an easy answer for what they would propose to do (ecologically) with 1 billion dollars. Why is it so difficult?
Posted by Caroline Tucker at 10/06/2014 11:25:00 AM

Isn't this what NEON is?

NEON would be one solution to the question.

it seems an huge sum of money to the poor ecologist, but a few kilometres of highway cost much more than a billion dollar. Perhaps our society should change a little his priorities - and science will change too.

For what it's worth: I'd put my money on making a big summary of the knowledge we have, i.e. collating and cleaning all the data on traits, distributions, genetics etc., summarizing them in one big database and adding some algorithms for interpolation (as they do now in TRY) and same basic summaries. Maybe not enough to spend a whole billion, but I think it's this kind of open and large public infrastructure that we lack in ecology (maybe somewhere else as well).