Guest post by Agneta Szabo, MEnvSci Candidate in the Professional Masters of Environmental Science program at the University of Toronto-Scarborough

Through the scientific study of plant behaviour, we continue to discover new ways in which plants interact with their environment in animal-like ways. Words like “listening”, “foraging”, and “parenting” may seem odd to associate with plants, and yet plants show evidence of all of these behaviours. Here are some of the many ways in which plants behave.


Listening
As it turns out, plants are listening! A study by Heidi Appel and Rex Cocroft published in 2014 describes their discovery that plants can detect their predators acoustically and ramp up their defenses as a response. Appel and Cocroft recorded the sound vibrations of caterpillars chewing on Mouse‑ear Cress leaves, and played these recorded vibrations to previously unaffected Mouse-ear Cress plants over several hours before allowing caterpillars to attack the plants. The researchers found that, compared to plants that were primed with recordings of silence, those who were primed with recordings of chewing produced much higher levels of the oils glucosinolate and anthocyanin, which are toxic to caterpillars. Furthermore, Appel and Cocroft found that the plants were able to distinguish the sound vibrations caused by chewing from recordings of wind or other insect noises.
In addition to listening for their predators, plants can also listen for water. In 2017, Monica Gagliano and her colleagues published a paper showing that the Garden Pea was able to locate water by sensing the vibrations generated by water moving inside pipes. Garden Pea seedlings were planted in pots shaped like an upside-down Y, and each arm of the pot was treated with different experimental conditions. When one arm was placed in a tray of water and the other was dry, plant roots grew towards the arm with water. Seems obvious enough. However, when one arm was placed above a tube with flowing water and the other was dry, the plant roots still grew towards the water, even though there was no moisture. When given a choice between a tray of water and the tube with flowing water, the Garden Pea seedlings chose the tray of water. This led Gagliano to hypothesize that plants may use sound vibrations to detect water at a distance, but that moisture gradients allow the plants to reach their target at close proximity.


Foraging
Plant roots forage for food in a similar way to animals. In his 2011 review, James Cahill explores plant root responses to varying nutrient cues in the soil. Cahill explains that plant roots are responsive to both spatial and temporal nutrient availability. For example, when a nutrient patch is placed in the soil at a distance from the plant, there is a substantial acceleration in root growth in the following days. This growth is directed precisely towards the nutrient patch, and as the root approaches its target, the rate of growth slows as the nutrient patch is consumed. Furthermore, plants develop greater root biomass in richer nutrient patches, and they allocate more root biomass to patches with increasing nutrient levels.


Other foraging plants include the parasitic Dodder vine. This plant has no roots and lives off a host plant. In 2006, Consuelo De Moraes and her team published a study demonstrating that the Dodder plant uses scent, or volatile chemical cues, to locate and select its host plant. De Moraes experimentally planted Dodder seedlings between a Tomato and Common Wheat plant, the Tomato being its preferred host. Using a time lapse camera, De Moraes captured the circling movement of the Dodder plant as it approached both host options repeatedly, before settling on the Tomato plant 90% of the time. Through further experimentation by giving the Dodder seedlings a choice between the condensed chemical odour of the Tomato plant and a live Tomato that has been covered to prevent giving off odour, it was determined that the Dodder uses the chemical signals to select its host. Without being able to “smell” the live Tomato plant, the Dodder chose to attach to the vile containing the condensed chemical odour. 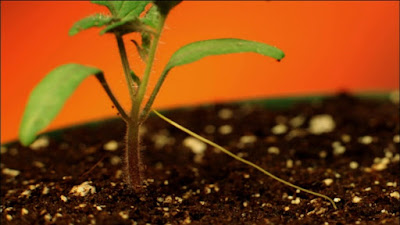 
One of the most fascinating aspects of plant behaviour is parental care and kin recognition. Suzanne Simard’s work studying forests as a complex, interconnected organism has been featured on several popular media outlets including the TED Talk series and the Radiolab podcast. Through her research, Simard discovered that through a network of mycorrhizal fungi, adult trees were nurturing their young with a targeted exchange of nutrients such as carbon and nitrogen, as well as defense signals and hormones. Through experimental plantings of Douglas Fir seedlings that were directly related to the adult trees and unrelated Douglas Fir seedlings, she found that the “mother trees” recognized and colonized their kin with larger networks of mycorrhizal fungi, and sent more carbon to these seedlings. Furthermore, there was a reduction in root competition with the related seedlings. When injured, the adult trees sent large amounts of carbon and defense signals to their young, which increased the seedlings’ stress resistance. 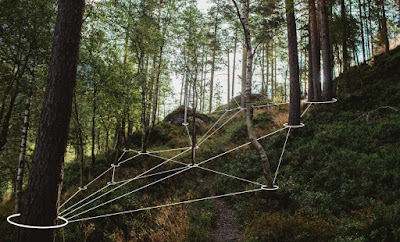 Similar recognition of kin was observed by Susan Dudley and Amanda File in a 2007 paper. In this study, Dudley and File planted related “sibling” Sea Rocket plants together in pots, as well as unrelated “stranger” Sea Rocket plants together in pots. After several weeks, the roots were cleaned and assessed. The study found that kin groups allocated less biomass to their fine roots, while stranger groups grew larger roots in order to compete for resources. The same responses were not observed when kin and stranger groups were grown in isolated pots, which suggests that the mechanism for kin recognition was through root interactions.


Although we still don’t fully understand the mechanism by which plants process information, it is clear that the way plants interact with their environment is far more complicated than we previously thought. The concept of plants as inanimate organisms, blindly competing for resources is now outdated. Continued discoveries in plant behaviour demonstrate, once again, how little we understand about the natural environment—a humbling thought in an age when humankind thinks itself superior to our fellow species.

Great, fun post Agneta. The title alone gave me a great laugh to start the day...