Has there been a shift in how ecology is done? In an interesting editorial in the most recent ESA Bulletin, titled “Losing the Culture of Ecology”, David Lindenmayer and Gene Likens wrote that “empirical and place-based research”, such as field studies and taxonomy, appear to be falling out of favor. They suggest that ecological modeling, meta-analysis, and data-mining (the three M’s) are more lucrative (and 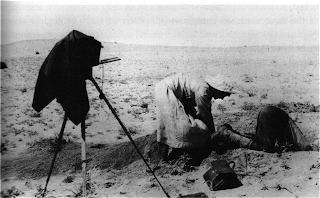 popular) approaches today, because these methods are faster, cheaper, and “easier” to perform, allowing more rapid publication. While they recognize the important advancements resulting from these methods, the result—they suggest—is that field-based empirical research is becoming less prevalent, to the detriment of ecology.

This is a polarizing issue, and the response of those ecologists we spoke to depended on where they position themselves on the field/theoretical divide. Those who define themselves as field ecologists tended to feel embattled in the face of long, expensive months of fieldwork, with slow returns in terms of data and publications. Some felt there is a subtle insinuation that fieldwork is less generalizable and so less valuable than techniques such as meta-analysis and ecological modeling, which by their nature tend to be theory-based and general.

On the other side, some theoretical ecologists we spoke to felt the need to defend the validity of doing “indoor” ecology, noting that theory and modeling can link pattern and process, without the confounding variation common in field experiments/observations. 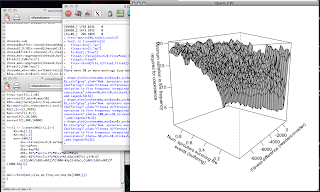 Although field ecologists felt that they have a more difficult time obtaining funding, theoretical ecologists noted that they often receive far less money because the assumption is that theory is “free”. Further, with the exception of very specialized funding opportunities (e.g., NCEAS), meta-analyses do not typically get funded as stand-alone projects.

It’s important to note that in its short history, ecology has frequently struggled with the balance between the field and lab. The primary criticism of field-based research at the turn of the 20th century was that it was “unscientific”, inseparable from natural history, producing lists of species names rather than furthering understanding, while labwork was considered to be too divorced from natural systems to be informative (producing so-called “armchair ecologists”). These conflicts split some of the first organismal departments in the United States (*) and tensions exist to this day. No doubt these criticisms are not unfamiliar to many modern ecologists.

There needs to be a balance between the production and consumption of data. Obviously abandoning fieldwork and using only meta-analysis, modeling, and data-mining is not sustainable, but these are important methods for modern ecology. In addition, the perceptions of bias against fieldwork may be due to a general decline in funding and greater overall competitiveness for the rewards of academic labour (jobs, grants, publishing in top journals, etc.), rather than a true decline in field ecology. As we discussed this article, it became clear that our own perceptions, and perhaps those of the broader community, have formed in the absence of empirical data. We examined the last few issues of some highly-ranked ecological journals that publish primary research (Ecology Letters, Molecular Ecology, American Naturalist), and recorded the number of papers that used empirical data, and further the number of those that collected their own data (versus using data from databases, literature, etc). Surprisingly, the vast majority of studies were based on empirical data, mostly data collected by the authors. In Molecular Ecology, 27 out of 28 papers were empirical, and 26 of these used data collected by the author(s); in Ecology Letters, 17 out of 20 papers were empirical, and 12 of these used data collected by the author(s). Even in American Naturalist, which is known for its theoretical bent, 44 out of 70 papers were empirical, and 32 used the author(s)’ own data. Overall, these journals, where competition for space is most severe, primarily publish empirical research.

It appears then, that neither grants nor publications systemically bias towards the three M’s. But is there still a cost to researchers on either side of the data producer-consumer divide? The answer is likely yes. The three M’s result in quicker publications, which means these researchers look more productive on paper, resulting in greater visibility. With more publications, they are likely to make it to the top of hiring committee lists. Conversely, unless a specific job has been advertised as a modeling position, candidates giving job talks focusing on the three M’s do not come across as knowledgeably as a very skilled field person. One of us (MWC) has seen job searches at four different institutions, and the unadvertised stipulation for many departmental faculty or committee members is that the candidate will come and establish a field program. Another common criticism of 3-M candidates is that they will not be able to secure large amounts of research funding.

Given this double-edged sword, what is the optimal strategy? The glib, easy answer is that ecologists need to become less specialized, to do both theory and empirical work, if they want a successful career. And maybe this is the solution, at least for some ecologists. But is having everyone become a generalist really the answer? Most field ecologists will tell you that they do fieldwork in part because they love being in the field and they’re good at it; most theoretical ecologists are adept at manipulating ideas and theory. Perhaps there is still a role for the specialist: after all quantitative ecology—which produces data—and theoretical ecology—which consumes it—are inseparable. They have a complementary relationship, in which field observations and data fuel new models and ideas, which in turn provides new hypotheses to be tested in the field. It’s obvious that people should be able to specialize, and that the focus should be on increasing collaboration between the two groups.

Despite the hand-wrenching, perhaps this collaboration is already happening. Many of the very best 3-M papers unite theoretically-minded with empirically-grounded ecologists. The working-group style funding by NCEAS (and its emulates) explicitly links together data producers and data consumers. These papers may be deserving of greater visibility. If collaboration is the future of ecology, why does the tension still exist between lab and field? The historical tension was not really about the laboratory vs. the field, but rather about scientific philosophy, and we think this holds true today. Ecology has tangibly moved towards hypothesis-driven research, at the expense of inductive science, which was more common in the past. The tensions between “indoor ecology” and field ecology have been conflated with changes in the philosophy of modern ecology, in the difficulties of obtaining funding and publishing as a modern ecologist, and some degree of thinking the “grass is always greener” in the other field. In fact, the empirical divide may not be as wide as is often suggested.

By Caroline Tucker and Marc Cadotte


* Robert E. Kohler. Landscapes and labscapes: Exploring the lab-field border in biology. 2002. University of Chicago Press. (This is a fascinating book about the early years of ecology, and definitely worth a read).
Posted by Caroline Tucker at 7/25/2011 09:24:00 PM

Nice post. I have historically worked on the field side of ecology, but have moved more to the 3M's of ecology. Moving to the 3M's is not for lack of interest in field ecology, but simply for the fact that field work is expensive and I am unsuccessful in getting money to fund it.

This is the best post on this sort of "divide" that I've read. Thanks for a thoughtful and sophisticated discussion. I really wish that the senior leadership in our field would stop fomenting these false divisions within ecology by writing papers complaining about how everything except their personal scientific taste is damaging/overtaking the discipline. Simberloff, Ricklefs, Paine, and now Likens are doing us a disservice by pitting us against one another instead of helping us focus on the importance of great science regardless of the details of the approach.

Nice post, I like the attempt to bring data to bear. It would be interesting (but definitely not worth anyone's time) to be more comprehensive, and also include data on funded NSF grants.

Most of 3M's is NOT theoretical ecology (the theory of island biogeography or the unified theory of biodiversity are theoretical ecology, they are deductive but don't rely at all in statistical modelling), they are statistical exercises; and I0'am afraid that the problem pointed out in ESA Bulletin is mainly that these exercises often test quite obvious ideas with very advanced (and fasahionable) statistical methods; It seems difficult to me that killing mosquites with atomic bombs can advnace in some way the fight against malaria

I'am afraid that the problem is not theroetical vs

Thanks for all the comments, obviously this is an issue that gets to the heart of why people do ecology. Different people have different motivations. @Hans Castorp; I agree that there is an obvious division between statistical and mathematical modeling. However, in the larger discussion on the demise on empirical field ecology, modeling, whether statistical or theoretical, is a part of the indoor ecology.

Also, I disagree that all meta-analyses test obvious ideas. I think that new hypotheses have been tested because of the ability to combine formally disparate data. I would like to think that my own meta-analyses fall into this category.

It would be interesting to see the breakdown of # of times cited for the different papers, not just the frequency published.

...another question is whether there is enough data to test general ecological theories (e.g.: many models in community ecology generate tons of predictions but papers are published with a single prediction tested with a single dataset).

More discussion over at Ted Hart's newly revitalized blog (which is definitely worth a checking out).

@PhDP - I think that's more of a lack tools, hard work and risk taking than a lack of data. See Kate Thibault's presentation at ESA for our first effort at addressing the latter issue.

And one more piece of discussion by Morgan Ernest (man these blogging platforms really need to talk to one another a little better).

@ Ethan - thanks for keeping us posted on new links. The comments and posts across the blogosphere all make valuable additions to the discussion. Blogger doesn't seem to have a native trackback function, but maybe there's a user script somewhere that we can use to add one for future.

My pleasure. I have found the response and general activity of the blogs to be quite encouraging.

I thought that the backlinks feature was supposed to accomplish something similar, but I've never seen it really work and our posts are indexed almost immediately by Google so it's not just that the ecology blogs are getting crawled frequently enough. It's not a big deal to bootstrap it for the time being.