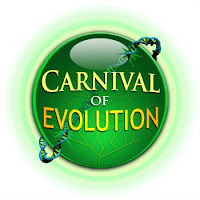 The history of human thought is an epic adventure of exploration and discovery. Since the beginning of time, humans have been curious about order and chaos in nature and our place in the world. By understanding the natural world around us, we understand ourselves better. But how we attempt to answer these fundamental questions has evolved over time. This evolving history, looks something like this:

523 BCE
Anaximander: "Thales, my teacher, how is it that animals take their form?"
Thales: "Anaximander, all matter is an aggregation formed from a single substance, water, and qualities are obtained through need"
Anaximander: "Ah yes, water, I will now think about how air can be the primordial substance."

1849 CE
Thomas Thomson: "I do say, the flora of northern India is peculiar in the sheer number of forms of life that populate this region. I do wonder though, what the cause is for such brilliant numbers of species?"
Joseph Hooker: "My dear Thomas, the flora of northern India is brilliant indeed! These forms find their origins in those very places where they live. Of course Lamarck believes that the crises endured by the tissues of organisms, themselves pass on the incentive to produce offspring better equipped to endure such crises. However, in my correspondence with Charles Darwin, he confirms that variation is an inherent aspect of life and gives rise to the diversity we see."

2012 CE
You: "Man, I wish I new more about evolution. Hey, what is this Carnival of Evolution? OMG, this is totally sick." 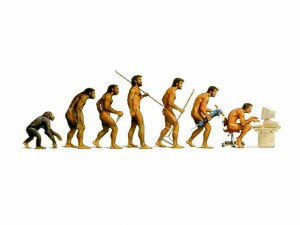 You no longer need to ponder the mysteries of life, travel the globe making observations, or running complex experiments to test hypotheses; everything you want to know about evolution today can be found by reading the monthly installments of the Carnival of Evolution!

Most evolutionary research aims to understand how the amazing diversity of life came to be. Core to this is studying both paleontological record and patterns among modern organisms. Early explosions of diversity have always captured scientists imaginations, and Larry Moran at Sandwalk (and fellow Torontonian) explains that recent evidence is casting doubt that the Cambrian explosion was actually an explosion, at least according to genetic evidence. Much later on, ray-finned fish became extremely successful and are now the dominate form of fish on Earth. Their success and resulting diversification is likely better explained by rapid morphological changes to head shape and not fin evolution, according to Lucas Brouwers at Thoughtomics. Nothing in the paleontological record excites the imagination more than dinosaurs. Recent work has developed a detailed understanding of the ecology and evolution of these amazing creatures. Marc Vincent at Love in the Time of Chasmosaurs describes research that indicates that head crests and feathers on many dinosaurs were likely to product of sexual selection. While, according to David Orr, also at Love in the Time of Chasmosaurs,

the big toe claw on both hind feet of Deinonychus evolved to pin down small prey, and not to slice open large prey (thank you Jurassic Park). In one of the best, 'huh, I didn't know that' posts, Fins to Feet shows that Mosasaurs -giant predatory marine reptiles found during the time of the dinosaurs, are likely closely related to monitor lizards and not part of the ancestral lineage that includes dinosaurs.

Studying and explaining patterns among modern day critters is the evolutionary biologists' bread and butter, and studies of organisms seem to constantly shed light on new ways in which evolution has shaped life. The interesting story of the oil beetle and how it has evolved to hitch rides on other insects is presented by Anne Buchanan The Mermaid's Tale. As relayed by Jeremy Yoder at Denim and Tweed, birds that lay eggs in the nests of other species (nest parasites) have been associated with the same hosts for millions of years. Flower colors are commonly thought to be shaped by pollinator preference, but Zen Faulkes at NeuroDojo shows evidence that white variants of bluebells (are they still bluebells?) do not see different pollinator visitation rates. Species differences can be difficult to identify using our human senses, but Lucas Brouwers at Thoughtomics explains how echolocation has diverged between indistinguishable bat species.

Lungfish are oft-cited exemplars of evolution, mainly because they are so fascinating -not only do they have lings, but they walk too. Which is why they are the subject of two posts this month (one by Matthew Cobb at Why Evolution is True and one by Carl Zimmer at the Loom), both about how they move and how they may have transitioned to walking.

Evolutionary change for many animals is often not a linear move from genes to fitness, but rather behavior has the potential to affect evolution in complex ways. In one example, Jeremy Yoder at Denim and Tweed, tells the tale of how fear of being eaten can lower fitness. In another example, Simon's Science explains research that shows female stickleback fish, which are raised by their fathers, will prefer mates from their father's species, even when experimentalists switch the species providing parental care.

To unveil the wizard, a number of posts show how evolutionary research is done and how our understanding evolves. In two posts at BEACON, researchers Tasneem Pierce and Michael DeNieu give fascinating firsthand accounts of doing research. You can sense the wonder and excitement of doing scientific research from their posts. Stan Rice at Honest Ab has a wonderful sequence of five posts relaying his dinosaur adventure -at least playing with paleontology and avoiding creationists. John Wilkins at Evolving Thoughts examines the definition of evolutionary novelty in an ongoing series (maybe his next book?), and looks at comparative versus functional definitions. 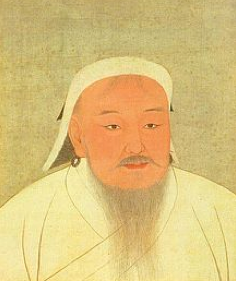 Suzanne Elvidge at Genome Engineering reports that scientists have sequenced the genome of a descendent of Genghis Khan. Why is this interesting? Well it turns out that millions of people -half a percent of the current global population, are related to Genghis Khan! The obvious question to me was how is this possible? It turns out that, according to Wikipedia, Genghis Khan had a harem of between 2000-3000 women and many of his many, many sons also had obscenely** large harems. Thus, by the time Genghis was a dirty old man, he could have had 10,000 descendents.

Often the need for evolutionary explanations comes from the question: "Why the heck do we do that?". True to this question, there are four posts that look at human behavior. In a controversial but intriguing post, Khudadad Azara at Khudadad's Knols suggests that terrorism is a macho impulse for glory and honor shaped by sexual selection. The most convincing parts are that males often do stupid things for sexual advantage, and terrorism is a stupid thing. Why the hell are yawns contagious? Well, according to Suzanne Elvidge at Genome Engineering, yawns may be evolutionary as they are most contagious among close relatives. Holly Dunsworth at The Mermaid's Tale makes the case that the uniquely human ability to throw (chimps actually aren't very good at it) is not so much an anatomical thing, but a brain thing, interesting. PZ Myers at Pharyngula asks why women menstruate and suggests that it is the evolutionary result of mother-fetus conflict.

A big part of human history, culture and belief, is our conflict with disease. This month there are several very interesting posts on evolution and human disease. Swenson at Nothing in Biology Makes Sense! discusses how reconstructing the evolutionary relationships among HIV samples dating as far back as 1959 reveals that there are deep divergences indicating that HIV has likely been in humans since the late 1800's! Carl Zimmer at the Loom relays the latest research showing that Syphilis evolved in the New World and was likely brought to Europe (Italy) from early European explorers. Ford Denison writes at This Week in Evolution that a genetic mutation increasing the risk of breast cancer in women is also associated with increased fertility. This invites the conclusion that there may be a tradeoff between longevity and fertility.

That is all for this month from the Carnival of Evolution. Everything you ever wanted to know about evolution but were afraid to ask. When you start to have new questions, luckily there will be a new edition of the Carnival in a months time.


*I realized after I wrote this sentence that it sounds negative. I do not mean the increasing pejorative 'unnatural', but rather legitimately human-focused.

Actually, I would never use the word obscene with harems, because what you really mean is "obscenely large" as in "an obscene number" and people may think you mean something else, and since the meaning and role of harems and their denizens is diverse across time and space, it could get complicated.

How about "very very"?

Anyway, excellent carnival, may it be well read! I will be snorking many of the articles.

I believe only cod have lings

Great paintings! This is the type of information that are meant to be shared around the net. Shame on the {seek engines|Google} for no longer positioning this post higher! Come on over and talk over with my site . Thank you =)
Del Sol Racks Snowboard Rack 1 Space Angle 2012

Hi, I'm trying to find out who owns the copyright for the evolution time line image you have used (the one with us ending up hunched over at the PC) can you help me?

Hi Jody, I honestly do not know. I got it from here: http://www.atheismresource.com/evolution