Green roofs are now commonly included in the design of new public and private infrastructure, bolstered by energy savings, environmental recognition and certification, bylaw compliance, and in some cases tax or other direct monetary incentives (e.g., here).  While green roofs clearly provide local environmental benefits, such as reduced albedo (sunlight reflectance), storm water retention, CO2 sequestration, etc., green roof proponents also frequently cite biodiversity and conservation enhancement as a benefit. This last claim has not been broadly tested, but existing data was assessed by Nicholas Williams and colleagues in a recent article published in the Journal of Applied Ecology. 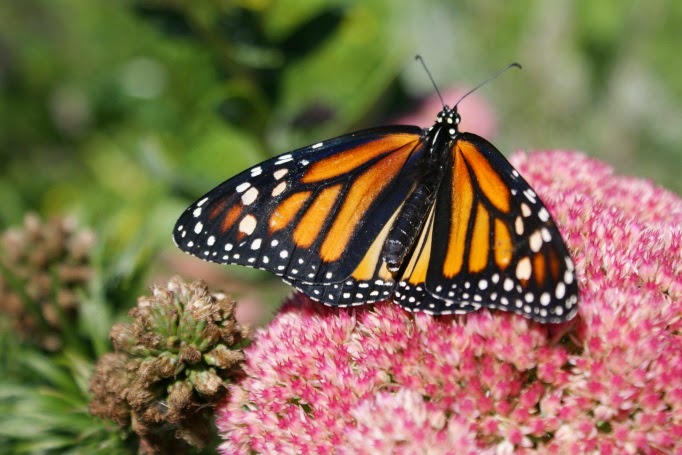 What is surprising is that given the abundance of papers on green roofs in ecology and environmental journals, very few quantitatively assessed some of these hypotheses. What is clear is that green roofs support greater diversity and abundance compared to non-green roofs, but we know very little about how green roofs compare to other remnant urban habitats in terms of species diversity, ecological processes, or rare species. Further, while some regions are starting to require that green roofs try to maximize native biodiversity, there are relatively few comparisons, but those that exist reveal substantial benefits for biodiverse green roofs.

How well green roofs replicate ground or natural communities is an important question, with insufficient evidence. It is important because, according to the authors, there is some movement to use green roofs to offset lost habitat elsewhere. This could represent an important policy shift, and one that may ultimately lead to lost habitats being replaced with lower quality ones. This is a policy direction that simply requires more science.

There is some evidence that green roofs, if designed correctly, could aid in rare species conservation. However, green roofs, which by definition are small patches in an inhospitable environment, may assist rare species management in only a few cases. The authors caution that enthusiasm for using green roofs to assist with rare species management needs to be tempered by designs that are biologically and ecologically meaningful to target species. They cite an example where green roofs in San Francisco were designed with a plant that is an important food source for an endangered butterfly, Bay Checkerspot, which currently persists in a few fragmented populations. The problem was that the maximum dispersal distance of the butterfly is about 5 km, and there are no populations within 15 km of the city. These green roofs have the potential to aid in rare species conservation, but it needs to be coupled with additional management activities, such as physically introducing the butterfly to the green roofs.

While it just seems obvious that a green roof,. by virtue of not being sterile is more biodiverse than e.g. a concrete or tiled roof. Period. So there is a reason for promoting them. But don't buy into this "CO2 sequestration" myth - that's, on balance, wrong. By virtue of it having little top soil you cannot grow a rain forest on a roof, rather you plant stuff like sedum etc. and once that has grown to its full (small) size, that is the end of "sequestration". After that it emits as much CO2 or methane as it "consumes" or else it would grow. But it stays stationary. However, if you weighed the carbon content of a "green" roof, based on energy-intensive concrete structures, with e.g. normal roof with wooden beams, I guarantee you, for the whole of its lifetime, the wooden beams will keep more carbon sequestered in themselves than if you dried the plants on a green roof and weighed them against it!

HI Colm, you make an interesting point. Maybe the design should go further into encouraging methane-consuming microbes, for example.

Article contains so many fruitful information which will be liked by the readers as in my opinion this is the best article in this category.

Me and my wife while building our new home are trying to do something that's like this. We saw a design where someone used the heat from a metal roof to heat their home naturally. Also we heard that they're developing solar panel tiles, do you know when those will be available.