When do descriptive methods exceed the sum of their points?

The last post here mused on the connection between (but also, distinctness of) the scientific goals of "understanding" and "prediction". An additional goal of science is "description", the attempt to define and classify phenomenon. Much as understanding and prediction are distinct but interconnected, it can be difficult to separate research activities between description and understanding. Descriptive research is frequently considered preliminary or incomplete on its own, meant to be an initial step prior to further analysis. (On the other hand, the decline of more descriptive approaches such as natural history is often bemoaned). With that in mind, it was interesting to see several recent papers in high-impact journals that rely primarily on descriptive methods (especially ordinations) to provide generalizations. It's fairly uncommon to see ordination plots as the key figure in journals like Nature or The American Naturalist, and it opens up the question of 'when do descriptive methods exceed description and provide new insights & understanding?'

For example, Diaz et al.'s 2016 Nature paper took advantage of a massive database of trait data (from ~46000 species) to explore the inter-relationships between 6 ecologically relevant plant traits. The resulting PCA plot (figure below) illustrates, across many species, that well-known tradeoffs between a) organ size and scaling and b) the tissue economic spectrum appear fairly universal. Variation in plant form and function may be huge, but the Diaz et al. ordination highlights that it still is relatively constrained, and that many strategies (trait combinations) are apparently untenable.

Similarly, a new paper in The American Naturalist relies on ordination methods  to try to identify 'a periodic table of niches' of lizards (Winemiller et al. 2015 first presented this idea) – i.e. a classification framework capturing the minimal, clarifying set of universal positions taken by a set of taxa. Using the data and expert knowledge on lizard species collected over a lifetime of research by E. Pianka and L. Vitt, Pianka et al. (2017) first determine the most important life history axes -- habitat, diet, life history, metabolism, and defense attributes. They use PCoA to calculate the position of each of 134 species in terms of each of the 5 life history axes, and then combined the separate axes into a single ordination (see figure below). This ordination highlights that niche convergence (distant relatives occupy very similar niche space) and niche conservation (close relatives occupy very similar niche space) are both common outcomes of evolution. (For more discussion, this piece from Jonathon Losos is a great). Their results are less clarifying than those in Diaz et al. (2016): a key reason may simply be the smaller size of Pianka et al.'s data set and its greater reliance on descriptive (rather than quantitative) traits.


Finally, a new TREE paper from Daru et al. (In press) attempts to identify some of the processes underlying the formation of regional assemblages (what they call phylogenetic regionalization, e.g. distinct phylogenetically delimited biogeographic units). They similarly rely on ordinations to take measurements of phylogenetic turnover and then identify clusters of phylogenetically similar sites. Daru et al.'s paper is slightly different, in that rather than presenting insights from descriptive methods, it provides a descriptive method that they feel will lead to such insights.

Part of this blip of descriptive results and methods may be related to a general return to the concept of multidimensional or hypervolume niche (e.g. 1, 2). Models are much more difficult in this context and so description is a reasonable starting point. In addition, the most useful descriptive approaches are like those seen here - where new data or a lot of data (or new techniques that can transform existing data) - are available. In these cases, they provide a route to identifying generalization. (This also leads to an interesting question – are these kind of analyses simply brute force solutions to generalization? Or do descriptive results sometimes exceed the sum of their individual data points?)

Has science lost touch with natural history, and other links

A few interesting links, especially about the dangers of when one aspect of science, data analysis, or knowledge receives inordinate focus. 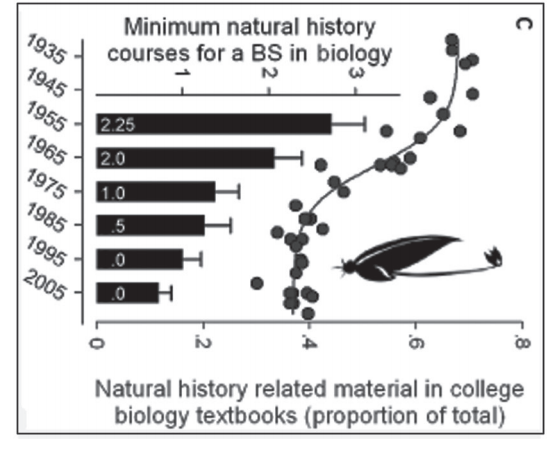 An interesting opinion piece on how the obsession with quantification and statistics can go too far, particularly in the absence of careful interpretation. "Can empiricism go too far?"

And similarly, does Big Data have big problems? Though focused on applications for the social sciences, there are some interesting points about the space between "social scientists who aren’t computationally talented and computer scientists who aren’t social-scientifically talented", and again, the need for careful interpretation. "Big data, big problems?"

Finally, a fascinating suggestion about how communication styles vary globally. Given the global academic society we exist in, it seems like this could come in handy. The Canadian one seems pretty accurate, anyways. "These Diagrams Reveal How To Negotiate With People Around The World."
Posted by Caroline Tucker at 4/03/2014 10:49:00 AM 6 comments: Links to this post

Whether working in remote regions or with poisonous animals, biologists often put themselves in peril in the name of discovery. The first organized expeditions of naturalists sailed to exotic lands, their bravery supplemented by their curiosity, were threatened by storms while at sea, new and deadly diseases, unfamiliar animals, and new cultures. Add plane crashes and paramilitary groups to this list and not much has changed.

In a great New York Times piece titled 'Dying for Discovery', Richard Conniff recounts several stories of naturalists, ecologists and conservation biologists killed while pursuing their passion for discovery. But just how many field biologists have died while working to understand life's secrets? This is an interesting question, and begs the further question, are they adequately memorialized? 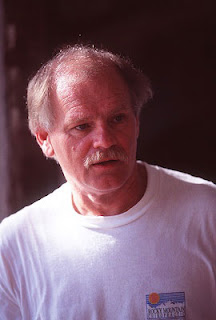 Gary Polis (1946-2000) desert ecologist, drown with four other biologists during a storm in the Sea of Cortez.
In an attempt to tell the stories of the fallen naturalists, Conniff hosts an interactive list, called the Wall of the Dead, which lists all biologists killed in the field and that he has a record of. People are able to add names, and I've visited this list several times over the past month and it has grown substantially. I've known a few field biologists that have died -and added one to the list, and know several that survived near-death experiences, and this list is a great and important monument to their memories.
Posted by Marc Cadotte at 2/13/2011 10:06:00 PM No comments: Links to this post