How can evolution inform conservation decisions?

First of all, let me apologize for the lack of blog posts over the past 2 weeks, I've been busy visiting the Olympics and reading a couple of hundred blogs, judging them for the Research Blogging awards.

The conservation of biological diversity is a major imperative for biologists. International agreements such as the Convention on Biological Diversity and intergovernmental exercises, such as the Millennium Ecosystem Assessment, call upon scientists to provide evidence on the current state of biological diversity and to evaluate solutions for reducing diversity and ecosystem function loss. Critical to these efforts have been the work of ecologists, conservation biologists and ecological economists. However, seemingly missing from the conversation about the state of biodiversity knowledge has been evolutionary biologists. Are they primarily concerned with describing historical processes and mechanisms of biological change, or do they have substantive knowledge and ideas that should be viewed as a critical component of any scheme to conserve biological diversity?

In a recent paper in Evolution, Hendry and a number of coauthors convincingly make the case that evolutionary biology is a necessary component for conservation. Evolution offer four key insights that should inform conservation and policy decisions. First, they point out that evolutionary biologists are in the business of discovering and documenting biodiversity. They are the primary drivers behind long-term, sustained biological collections, because they need to know what exists in order to better understand evolutionary history. With millions of species awaiting scientific discovery, their efforts are critical to measuring biodiversity. But not only are they discovering new species and enumerating them, they are uncovering their evolutionary relationships, which gives conservationists better information about which species to prioritize. What Vane-Wright famously called 'the agony of choice', with limited resources, we need to prioritize some species over others, and their evolutionary uniqueness ought to be a factor. More than this, evolutionary biologists have developed pragmatic tools for inventorying and sharing data on biodiversity at all levels, from genes to species, which is available for prioritization. 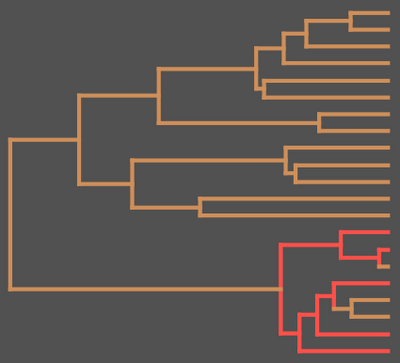 The second key insight is that by understanding the causes of diversification, we can better understand and predict diversity responses to environmental and climatic change. By understanding how key functional traits evolve, we can develop predictions about which species or groups of species can tolerate certain perturbations. Further, research into how and why certain evolutionary groups faced extinction can help us respond to the current extinction crisis. For example, the evolutionary correspondence between coevolved mutualists, such as plants and pollinators, can be used to assess the potential for cascading extinctions. These types of analyses can help identify those groups of related species, or those possessing some trait, which make species more susceptible to extinction.


Thirdly, evolution allows for an understanding of the potential responses to human disturbance. Evolutionary change is a critical part of ecological dynamics, and as environment change can result in reduced fitness, smaller population sizes and extinction, evolution offers an adaptive response to these negative impacts. Knowing when and how populations can evolve is crucial. Evolutionary change is a product of genetic variation, immigration, population size and stochasticity, and if the ability to evolve to environmental change is key for persistence, then these evolutionary processes are also key.

Finally, evolutionary patterns and processes have important implications for ecosystem services and economic and human well-being. Both genetic and evolutionary diversity of plant communities has been shown to affect arthropod diversity, primary productivity (including work by me) and nutrient dynamics. Thus understanding how changes in diversity affect ecosystem processes should consider evolutionary processes. Further, exotic species are often cited as one of the major threats to biodiversity, and evolutionary change in exotics has been shown to increase exotic impacts on native species.

All together, these key reasons why evolution matters for conservation, mean that developing sound management plans requires considering evolution patterns and processes. We can use evolution to our benefit only if we understand how evolution shapes current dynamics. The challenge to evolutionary biologists is the same as it was for ecologists perhaps 15 to 20 years ago, to present their understanding and conservation ideas to a broader audience and to engage policy makers. To this end, the authors highlight some recent advances in incorporating evolutionary views into existing biodiversity and conservation programmes –most notably into DIVERSITAS.

Just like ecological processes and dynamics cannot be fully understood without appreciating evolution ancestry or dynamics, developing an extensive, expansive conservation strategies must take into account evolution. I hope that this paper signals a new era of a synthesis between ecology and evolution, which produces precise, viable conservation strategies.

Wow! Stumbled on this and had spare time to read it...very complex topic indeed... is not evolution and creation the same thing? thereby looking at creationism can also glean light to conservation? my two cents...

I agree. I believe that studying the evolution progresses of certain species is definitely helpful in developing future analysis of a species.