#EcoSummit2016: Conferences –the piñata of ideas.

One of the greatest benefits of attending conferences is that they represent learning opportunities. I don’t necessarily mean learning about new techniques or analyses, though you can undoubtedly find out about these at conferences, but rather conferences are opportunities to hear about new concepts, ideas and paradigms. In some ways conferences are like a piñata of ideas –they are chalk full of new ideas but you never know which you’ll pick up.

Ecosummit is not the typical conference I go to, it is much more diverse in topics of talks and disciplines of the attendees. This diversity –from policy makers, to social scientists, to ecologists, means that I am exposed to a plethora of new concepts. Here are a few nuggets that got me thinking: 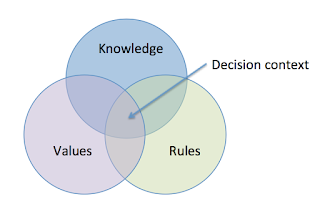 The role for history in ecology can be tough to generalize. For a neo-ecologist, 5 years may be a long time scale, for a restoration ecologists, 50 years might be, for a paleoecologists, millions of years could matter. But multiple talks today argued that without considering history we are lost. Whether it is using climate history to understand how the effects of past climate change are still being felt today (from Jens Christian-Svenning), or the oft-mentioned debate about whether local biodiversity is truly in decline, the past is necessary to understand our changing planet. [The various papers on this debate came up in at least 3 of talks I saw]. Regardless of which way the diversity relationship goes, Frederic De Laender pointed out that loss of functioning due to increased environmental stress meant that local communities were changing anyways.

Related to this is the question of how ecologists should incorporate and understand the role of human history in their studies. Are humans simply a disturbance? A covariate in a statistical analysis? Or an intrinsic component of ecology across the globe? What is a baseline for ‘naturalness’ in the absence of humans anyways? Further, human records can be potentially misleading as ecological research tools. For example, P. Szabo showed that the popular conception in the Czech Republic (based on archival data) is that beech forests are the true ‘natural’ forest, and coniferous forests were simply the result of forestry plantations. Policy reflects this and promotes preservation of broad leafed forests. However, analysis of paleo-pollen data showed that in fact spruce and other conifers appeared to have dominated for thousands of years in some regions. What then is the true ‘natural’ forest? From Emily Southgate’s fascinating talk showing how the development of an oil refinery in the 1800s and its impacts could be investigated using historical land surveys, to maps showing the still-unfilled ranges of European tree species, the legacy of the past is clear in present day data.

#EcoSummit2016 Day 1 - Reconciling the warp and weft of ecology

For the first time since 2008 I didn’t make it to ESA, and instead I get to attend my first EcoSummit, here in Montpellier. Participants represent a more European contingent than the typical ESA, which is a great opportunity to see a slightly different group of people and topics.

Two plenary talks were particularly memorable for me. First, Sandra Diaz gave a really elegant talk that spanned from patterns of functional diversity to the philosophy of ecology. A woven carpet provided the central analogy. A carpet includes the warp – the underlying structure of the carpet – and the weft – the supplementary threads that produce the designs. Much like species, a great diversity of colors and patterns arise from the weft, but the warp provides the underlying structure. The search for a small number of general functional relationships one way ecologists can look for the structural fabric of life. Much like Phil Grimes, an earlier speaker, Diaz has attempted to identify generalities in ecology. It’s worth reading the paper she discussed for much of her talk, which attempts to describe a global spectrum of plant function (Diaz et al. 2016). Diaz noted, however, that your focus should be determined by your questions. And you need both details and generalities if you want to provide predictions at a global scale but with a local resolution.

The other plenary of note was from Stephen Hubbell (it actually preceded Diaz’s talk), and it provided a contrasting approach. Hubbell discussed a number of detailed analyses to derive a general conclusion about processes maintaining tropical tree diversity.  Data from the Barro Colorado island provides information about changes in growth rate, abundances, presence/absence, distances between species. It shows seemingly large shifts in abundance and composition through time. And Hubbell (in a fairly provocative mood) suggests that it shows that ‘community ecology is a failure’. I would argue against that statement, and what Hubbell really seemed to be saying is that expectations of equilibrium and equilibrium models (L-V, etc) are not useful. Instead, factors such as weak stabilizing mechanisms and demographic stochasticity may be enough to understand high diversity regions.
Posted by Caroline Tucker at 8/29/2016 01:56:00 PM No comments: Links to this post