Politics and the biodiversity crisis: a call for scientists to be politically engaged

I am a politics junkie. I am genuinely fascinated by politics and political systems, despite their irrational and often ineffective nature. Yet the world is awash with existential crises and solving them (or at least reducing the worst of their impacts) must come from the political systems that exist. So the question for biodiversity scientists is, how politically engaged do we need to be and how do we affect policy change regardless of the political party in power.There’s no doubt that science is more politicized, and polarizing, than ever, with general distrust in science and scientists increasing around the world (1). This declining trust comes from a combination of a lack of understanding of what science really is and the elevation and reinforcing of personal opinion from social media echo chambers, as evidenced by the rise of evidence-free conspiracy theories.

Past calls for scientists to become better communicators (2) has helped drive some scientists out of the ivory tower, but this increased visibility has minimally influenced public understanding, policy and discourse. Though there is an argument to be made that evidence-based policy and management in some sectors, like public health and ecosystem management, is undoubtedly better today than ten years ago. This lack of broad impact of scientists’ communicating is where we are at despite the many science communication courses now offered (3) and clearly better publicly engaged and more diverse scientists.

The core problem was never one of communication skills alone, rather, there has always been a political component that scientists need to engage with. We need to look no further than the disastrous COVID-19 response in countries like the United States or Brazil where highly respected infectious disease experts are thrown under the bus as soon as their advice deviates from political messaging. For example, a significant minority of Americans believes that Donald Trump knows more about viruses than Dr. Anthony Fauci, who has studied infectious diseases for decades with hundreds of papers published and which have been cited more than 200,000 times! 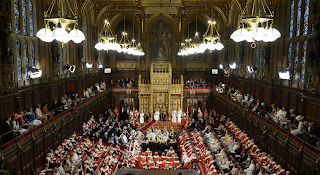 Biodiversity scientists, who care about evidence-based public policy need to find ways to inform and influence political systems so that species extinctions and biodiversity loss are prevented, and ecosystem health improved. During my time as a professor, I’ve engaged with politicians and politics at all levels. It’s been rewarding, interesting and eye-opening, though debatably effective. From this experience, here are some suggestions about how to engage in political systems. 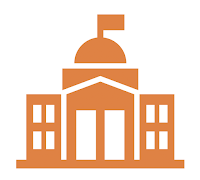 1-Talk to politicians! You are an expert, and you were likely educated, employed and financed by public funds at some point in your career. You owe it to society and government to feedback into the system. I have met with politicians at all levels (municipal, provincial and federal) and from all the major parties that operate in Ontario, Canada. I have had some amazing experiences talking to interested and earnest politicians (I have had positive and unforgettable interactions with Kathleen Wynn [former Premier of Ontario] and Kirsty Duncan [former federal minister of science, and coincidentally a professor who taught me at the University of Windsor when I was an undergraduate]). I have also had some odd and frustrating conversations with other politicians. While I do talk all parties, I have found that representatives from the Conservative party here in Canada tend to have the strongest preconceived convictions without a firm understanding of science and fact, and they tend to be the most political; meaning that they are more likely to put their party or ideology over other concerns. Regardless of the specifics of any interaction, I believe that some of these conversations do have impact and at a minimum opens doors to more engagement.

2-Stay informed and share your thoughts. Being informed and knowledgeable allows you to speak to recent developments and make arguments germane in the current political landscape. This means being aware of legislative priorities and initiatives. Be aware of bills that are being proposed so you have time to talk to politicians and journalists. You should use different vehicles to discuss issues, whether that is with interviews or on social media. I have sat through legislative sessions in our provincial parliament in 2018, and the experience was mixed. On the one hand, I learned quite a bit about legislative processes and the priorities of the ruling party. On the other hand, I was very disappointed at the lack of serious thought and contemplation by members of the ruling party. It was all false praises of the Premier (I assume because their upward mobility depended on it) and a fundamental inability to provide meaningful answers or insights into decision-making. It reminded me of a bad movie about high school politics.

3-Don’t be partisan[iii]. Conveying science isn’t a partisan activity (even if some politicians attempt to make it so). Don’t use facts as a partisan attack, but do use facts to correct uniformed politicians or to criticize problematic legislation. For example, if a certain political party contains a substantial number of climate deniers or anti-vaxxers, don’t start your arguments by blasting their party. Rather, talk about the facts, and perhaps assume that there are other party members who are more open to facts and science and have good intentions. I realize that being non-partisan is more difficult in the United States where there are just two parties, but perhaps you should consider not registering yourself as a member of either party. Consider the fact that in the US, both parties have supported policies that favour economic growth over the environment and you should feel that either party has room to learn and grow. In Canada, avoiding party membership is much easier. I believe that a substantial proportion of Canadians will vote for different political parties in different elections (I have voted for three of our five main parties, plus small parties a couple of times). Under a million Canadians (out of 36 million) hold membership in a political party, so we are not an overly partisan country (and I hope it can stay that way, but the threat of right-wing populism is infecting our politics as it is elsewhere).

4-Run for office or support candidates. Ok, this one seemingly conflicts with #3, so we need to be careful here. There is something to be said for creating change from the inside. If you have the desire for public office, and being charismatic certainly helps, then pragmatism dictates you would need to run for a party. You shouldn’t say things you don’t believe, and you should be clear that you will prioritize science and evidence over party. And believe it or not, some parties would value this. Here in Toronto, since political parties are not permitted in our municipal elections, you can run or support candidates without any need to be a partisan. I canvassed for, and openly supported a friend who was elected as counsellor, Jennifer McKelvie. She holds a PhD in geochemistry and so brings not only a strong openness to science-informed policy, but has the credibility to lead on this front.

As I write this, the USA has a new President-elect who ostensibly supports science and evidence-based policies. Despite this, I argue that scientists should not rest on their laurels, but rather should engage with government. There are many many policy makers from your local ward all the way up to national levels and these people have a great diversity of viewpoints and understanding of science. Moreover, a more sympathetic administration does make it easier to engage and feel like your actions are having impact.

The final piece of advice is, and this is a very tough one for me personally, don’t get baited by the partisan trolls and nay-sayers. Some partisans don’t actually care about the truth or right and wrong, but rather view politics and policy making as a team sport, and any point they score is worth it. Rise above, state facts, point them to where they can learn more and offer advice on policy that makes sense.

[i] A disclaimer. My political beliefs undoubtedly colour my perspective. I fully acknowledge that I am a militant non-partisan! I believe that political parties, by both their objectives and methods, are inherently anti-democratic. The main goal for any political party is the permanent consolidation of power; and the more power they have the more they use the tools and instruments of government to ensure they retain power. The voting public doesn’t seem to be overly concerned when the political party in power changes voting processes or electoral precinct boundaries to bias voting outcomes, especially when its ‘their team’. If we asked what made logical sense for a democracy, then there would be easy pathways to increase the number of parties (not clog those pathways), all votes would be of equal weight (why the heck is there still an electoral college in the USA?), governing bodies would be truly representative (i.e., proportional representation -we get majority government in Canada when one part gets 33% of the popular vote because of our riding system) and voters shouldn’t be restricted to selecting a single option (ranked voting works, at least when you have more than two real options). In reality, political parties might have outlived their usefulness. In Toronto, where I live, municipal elections do not permit official political party involvement, so we often have a dozen people running for counsellor in each ward and for mayor. This is the closest to true democracy as I’ve experienced.

[ii] Also, a second disclaimer. My understanding and views about politics are greatly shaped by political systems and governance in North America.

[iii] There is an important caveat here. For scientists in some countries, like for example in China, being a member of a political party is necessary in order to hold certain positions in academic institutions or government agencies.