When enemies catch up – declining invasive impacts in hogweed?

Invasive species are a major ecological issue in this age of global connectivity. Many ecosystems are unrecognizable today after invasion, and invasive species have considerable impacts on agriculture, tourism, aquaculture, forestry, and native biodiversity. Some invasive species have been present in novel environments for decades or centuries, but many are more recent introductions. What we are still trying to understand is whether invasive species impacts are constant through time. Do ecosystems and communities adapt to invasive species, and how do they do so? Some examples of how the impacts of invasions can decline through time exist: for example,  the efficacy of allelopathic chemicals produced by garlic mustard (e.g. Alliaria petiolata) may lessen as native species adapt. Another hypothesis is that specialized pathogens or herbivores, absent at the start of the invasion, will increase with time, reducing populations of invasive species and allowing the recovery of native species.


If specialist enemies eventually catch up with invaders, this could reduce invasion impacts eventually, but long-term empirical data showing this type of effect is almost nonexistent. Dostal et al. (2013) provide some of the first  strong evidence that specialist pathogens catch up with and reduce the impact of giant hogweed (Heracleum mantegazzianum), a species from the Caucasus now found throughout Europe and North America. Hogweed invades successfully for a number of reasons, including its ability to form large, dense stands that reduce light availability, as well as through the production of allelopathic chemicals.

Giant hogweed was first introduced to the Czech Republic as an ornamental in 1863, but became invasive when grassland management ceased during WWII. The authors took advantage of aerial photographs taken since 1964 to locate hogweed presence. They identified a chronosequence of sites invaded for at least 48 years, 42 years, 28 years, 11 years or never (hogweed-free sites). These sites were on average 1.3km apart, and shared similar management history and environmental conditions. The authors then surveyed the sites, recording current hogweed percent cover, native biomass, and native species richness.

The researchers also collected soil samples from these sites. These samples were used in a common garden experiment to test whether soil pathogens that affected hogweed success might differ between the sites with different ages of invasion. Soil from the sites with different ages of invasion history was either sterilized to kill living pathogens, or left unsterilized. To these different types of soil (sterilized or not, 0, 11, 28, 42, or 48 years of invasion), they planted 1) 1 hogweed seedling, 2) a mix of native species seed, or 3) 1 hogweed seedling and the mix of native species together. They then looked at how well the hogweed seedlings survived.


Hogweed, as expected, had very negative effects on the native species in these sites: on average, hogweed invasion decreased native species richness by ~10 species, and similarly decreased native biomass. These two sets of experiments however, showed clearly that as hogweed invasion age increased, hogweed cover declined. Further, native species richness and biomass increased once invasions were more than 28 years old. The common garden experiment suggested that this might be due to hogweed-specific soil pathogen accumulation through time. Non-sterilized soil from sites with longer histories of invasion had a significantly more negative effect on hogweed biomass than the sterilized soil. This suggests that living components of the soil -presumably pathogens - differed between soils with different invasion histories. Directly quantifying or identifying soil pathogens would be the obvious and important next stage.

Dostal et al. (2013) suggest that for these sites in the Czech Republic, hogweed dieback due to increased specialist pathogen load will prove key for native species recovery. They make it clear that this is not the same as advocating for a lack of response to the invasion. Ignoring established sites is providing a source for seed for new sites, puts rare native species at risk, and may leave management concerns such as declining ecosystem functions untouched. The other issue is that density dependent, stabilizing processes like increases in specialist pathogens, may lead to boom and bust cycles – initial rapid invasion might be followed by declining invasive populations as specialist enemies increase, but declining invasive populations would lead to declines in specialist enemies, and increased invasive pressures could start anew. Such a situation wouldn’t lead to a general decline in invasive species, but rather a new (non-equilibrium) state for the community.
Posted by Caroline Tucker at 9/11/2013 10:09:00 AM No comments:

The basic reality of agricultural activity is that it reduces biological diversity, and these reductions in diversity potentially impact ecosystem services. But do some agricultural practices impact these services less than others? In a recent paper in Nature by David Crowder and colleagues, the question of how organic versus conventional farming affects predator and herbivore pathogen diversity and how this cascades to pest suppression. They show through a meta-analysis, that organic farms tend to support greater natural enemy evenness, and they hypothesize that greater evenness of enemies should better control pest populations, resulting in larger, more productive plants. 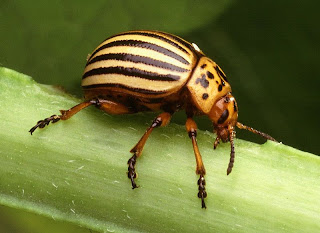 This result in itself is interesting, but they also carried out an elegant enclosure experiment where they manipulate the evenness of insect predators and pathogens and measure potato plant size. They found that even communities had the lowest herbivore densities and saw the greatest increases in plant biomass. Conversely, very uneven communities, typical of conventional farms, had the largest pest populations resulting in lower plant biomass accumulation.

While, multiple farming strategies are needed for adequate agricultural production, there are strong arguments for organic farms to be a important part of agricultural practice. These results show that organic farms have cascading effects on pest predators and pathogens and show that enemy evenness, as opposed to richness, has important ecosystem service consequences. To quote myself, evenness is a critical component of biodiversity, and much research has emphasized species richness, maybe at the detriment of studying evenness.

Who is Naïve, the invaders or the natives?

Why some species can invade natural ecosystems and many others cannot, is a question that doesn’t have an answer. Many ideas have been proposed to explain this, with relative success, but very low predictability. Most of the ideas have been focused on the factors that promote invasion (i.e. why successful invaders are successful). In a recent ideas paper Koen Verhoeven and collaborators propose a different approach. They ask the question, how ecological mismatches between natives and exotics can explain invasion? They propose a series of predictions based on plant defenses and plant enemies (herbivores, pathogens). They propose that the mismatches between exotic plants and their new enemies 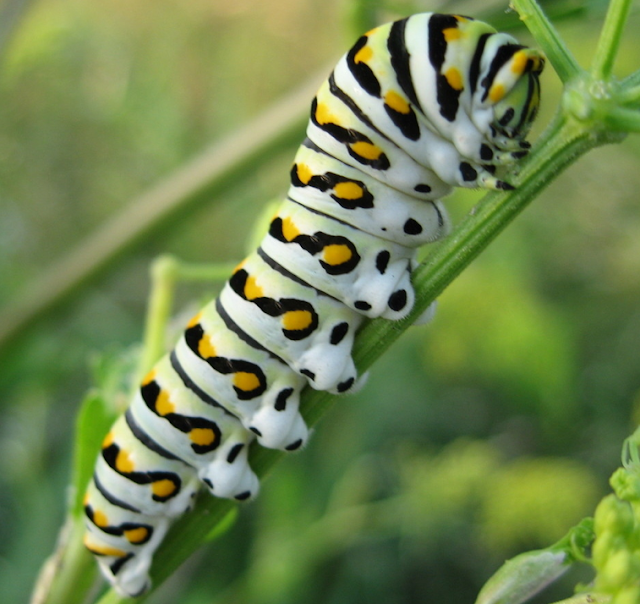 could explain their success or failure. For example, if a plant presents a new type of toxic chemical compound that the local herbivores have never encounter and cannot deal with, it would be a clear advantage for the plant (this is related to the novel weapons idea). On the other hand, if the plant has defenses that need to be trigger by a particular enemy (for example an induced defense triggered by a specific chewing insect) that could be a disadvantage for it. They propose that biotic resistance (when the native community resist the invasion) and enemy release (when an exotic invades due to experiencing less pressure by enemies than in its native range) are not oppose ideas but could be the different outcome of these mismatches.

This paper propose a very interesting approach to study some cases of successful and failed invasions, and I look forward for empirical tests of this idea.