The most exciting advances in science often involve scientific conflict and debate. These can be friendly and cordial exchanges, or they can be acrimonious and personal. Scientists often wed themselves to their ideas and can be quite reluctant to admit that their precious idea was wrong. Students in ecology often learn about some of these classic debates (Clements v. Gleason; Diamond v. Simberloff and Connor), but often other debates fade from our collective memory. Scientific debates are important things to study, they tell us about how scientists function, how they communicate, but more importantly by studying them we are less likely to repeat them! Take for example the debate over species per genus ratios, which happened twice, first in the 1920s, then again in the 1940s. The second debate happened in ignorance of the first, with the same solution being offered!

To understand the importance of testing species-genus ratios we can start with a prediction from Darwin: 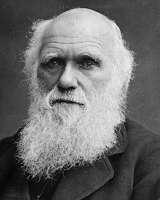 To test this hypotheses, the Swiss botanist, Paul Jaccard (1901) created a ‘generic coefficient’ to describe biogeographical patterns and to measure the effects of competition on diversity. The generic coefficient was a form of the species-genus ratio (S/G), calculated as G/S x 100, and he interpreted a low S/G ratio (or high coefficient) to mean that competition between close relatives was high, and a high ratio (low coefficient) meant that there was a high diversity of ‘ecological conditions’ supporting closely related species in slightly different habitats (Jaccard 1922). At the same time as Jaccard was working on his generic coefficient, the Finnish botanist, Alvar Palmgren, compiled S/G patterns across the Aland Islands and inferred the low S/G values on distant islands to reflect random chance (Palmgren 1921). Over several years, Jaccard and Palmgren had a heated exchange in the literature (across different journals and languages!) about interpreting S/G ratios (e.g., Jaccard 1922, Palmgren 1925). Palmgren’s contention was that the S/G ratios he observed were related to the number of species occurring on the islands –an argument which later work vindicates. A few years after their exchange, another Swiss scientist, Arthur Maillefer, showed that Jaccard’s interpretation was not supported by statistical inference (Maillefer 1928, 1929). Maillefer created what is likely one of the first null model in ecology (Jarvinen 1982). He calculated the expected relationship between Jaccard’s generic coefficient and species richness from ‘chance’ communities that were randomly assembled (Fig. 1 –curve II). Maillefer rightly concluded that since the number of genera increase at a slower rate than richness, the ratio between the two couldn’t be independent of richness.

This example is especially poignant because it foreshadowed another debate 20 years later –and not just in terms of using a null expectation, but that S/G ratios cannot be understood without comparison to the appropriate null. Elton (1946) examined an impressive set of studies to show that small assemblages tended to have low S/G ratios, which he thought indicated competitive interactions. Mirroring the earlier debate, Williams (1947), showed that S/G ratios were not independent of richness and that inferences about competition can only be supported if observed S/G values differed from expected null values. However, the error of inferring competition from S/G ratios without comparing them to null expectations continued into the 1960s (Grant 1966, Moreau 1966), until Dan Simberloff (1970) showed, unambiguously, that, independent of any ecological mechanism, lower S/G are expected on islands with fewer species. Because he compared observationed values to null expectations, Simberloff was able to show that assemblages actually tended to have higher S/G ratios than one would expect by chance (Simberloff 1970). So not only is competition not supported, but the available evidence indicated that perhaps there were more closely related species on islands, which Simberloff took to mean that close relatives prefer the same environments (Simberloff 1970).

*This text has been modified from a forthcoming book on ecophylogenetics authored by Cadotte and Davies and published by Princeton University Press
Posted by Marc Cadotte at 7/17/2015 02:38:00 PM 1 comment: Links to this post

Invasion of the Beavers

Fifty years ago, Dr. Walter Howard presented his thoughts on invasive mammals at a symposium on colonizing (invasive) species, which was later turned into the volume "The Genetics of Colonizing Species." He speculated on the nature of predator-prey interactions, population growth limits and habitat disruptions. His ideas still resonate, but how well do they match up with a certain invasive mammal today.

May I bring your attention to some invasive beavers? Our national creature has been making quite a mess is the Southern most reaches of the Western Hemisphere. In the 1940s, Argentina was seeking economic improvements and imported beavers, mink and muskrat to Tierra del Fuego in an attempt to establish a fur trade. That fur trade didn't turn out as expected. Within a few years, beavers had colonized the entire island and were soon crossing channels to reach other Chilean islands, including Cape Horn, a UNESCO Biosphere Reserve.

The ecological effects have been pretty well researched recently by Dr. Christopher B. Anderson. In seeing if beavers behave differently in their new habitat than back home, he’s been finding a few differences in the environment and beavers here. One of the most obvious changes is that the beaver colonies are at least twice as dense in Cape Horn. Is this for lack of predators or an abundance of food? So far, I couldn’t say, but I’d lean toward the latter. The Cape Horn forests are entirely southern beeches, which provide ample resources for the beavers’ engineering projects.

But how disruptive have beavers been to the environment: and environment that has no animal that makes such a massive environmental impact as the beaver. Howard suggested that an animal moving into a habitat where its niche doesn’t exist would have wider impacts than one who’s niche does exist. It’s fairly clear that the beaver’s landscaping projects is not something that other animals (except humans) partake in.

In the beaver situation this ecological disruption holds true. The floral assemblage in Cape Horn has never had to deal with beaver-like behaviour. The beavers foraging and building habits prevent forest regrowth, and provide a pathway for other plants to invade. It seems this beaver introduction might be a good example of invasional meltdown. The Chilean archipelago is home to quite a few invasive species already, and this synergistic effect is definitely concerning.

All the beaver-induced worries come with a grave concern for the natural environment. Cape Horn is referred to as pristine quite a bit by Anderson. Is this the place to have a deep political, socio-economic discussion about “pristine” environments? No, not today; you’ll have to read elsewhere for that. Cape Horn is certainly already at risk from invasive species. Beavers have a tremendous impact on the ecological structure of streams and forests. I am certainly one to wonder whether the eradication effort can be truly successful and both removing the beavers and reversing the environmental changes.

I surely hope that the environmental disruption can be reversed. Unfortunately we cannot look back to Howard to speculate on what happens when we remove an alien species. Just fifty years ago, species invasions were seen as a great research opportunity, not something to be extensively managed or eradicated.

It is a fact that humans have caused numerous extinctions around the globe. Almost all of the large bodied mammals of North America disappeared after the arrival of humans sometime around 20,000 years ago –likely due to compounding effects of hunting and climate change.  This North American example has been controversial, largely because it constitutes a single observation. However, humans colonized the Pacific islands over a span of a couple of thousand years, between 3,500 to 700 years ago. Species extinctions followed these colonizations on each island, confirming the link between humans and extinctions. Yet how many species went extinct? This question may be relatively easily answered for large organisms since evidence of their existence is well recorded, but for small-bodied organisms like birds, this is a difficult question to answer. 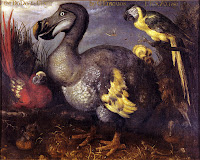 In a recent paper in the Proceedings of the National Academy of Sciences, Richard Duncan, Alison Boyer and Tim Blackburn use sophisticated methods to estimate the true magnitude of bird (specifically nonpasserines –i.e., not perching or songbirds) extinctions on 41 Pacific islands (including islands from Hawaii, Melanesia, Micronesia and Polynesia). Estimating the number of extinctions prior to recorded history is an extremely difficult exercise, but Duncan and colleagues use a set of statistical methods (Bayesian mark-recapture) to produce reliable estimates. The data available include a spotty fossil record, and so the researchers needed an appropriate estimate of the number of species present on islands in the past. To do this they examined the fossil record and compared it to species that are found there today. Only a subset was found in the fossil record. From this, they determined how the number of fossils found, body size of the organisms and island size affected detection probability. With these informative detection probabilities, they were able to estimate past richness and compare that to today’s richness – and the difference is the number of extinctions.

Across these 41 islands, Duncan et al. estimate that human colonization resulted in at least 983 extinctions. Nine-hundred and eighty-three species are no longer with us because of the presence of humans. Coupled with human activities elsewhere, from over-hunting, habitat destruction and the introduction of non-native species, we responsible for thousands of extinctions. For the first time in Earth’s history, a single species (us) is the direct cause for thousands of other species going extinct. A paper such as this is an important analysis, but it certainly doesn’t make us feel good about ourselves.

However you skin them, cats have important ecosystem consequences

For disclosure’s sake, I was the editor who handled this paper, and much of this post comes from an editorial I wrote for this paper.

Islands experience the greatest impacts from the invasion of non-indigenous species and are also at the forefront of efforts to eradicate problematic species and mitigate negative impacts. Bergstrom et al. elegantly studied the habitat and ecosystem consequences from the eradication of feral cats from Macquarie Island, a subantarctic island and a world heritage site administered by the state of Tasmania, Australia. This island has undergone a series of invasions and both cats and rabbits were introduced in the 19th century. Cat predation resulted in drastic declines in seabird populations, likely causing two extinctions, and thus a cat eradication programme began in 1985 with the last cat killed in 2000. The authors recognized that 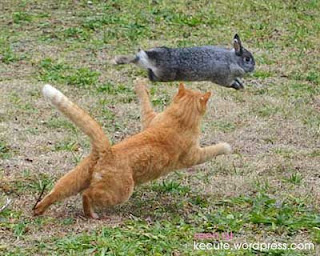 the feral cats had become fully ingrained in the island food web, and they show that despite the introduction of the Myxoma virus prior to the cat eradication, rabbit populations exploded after the cat removal. These large rabbit populations caused pervasive vegetation changes. The authors sampled plots before and after the eradication and found that vegetation in these plots shifted from large, long-lived plants to smaller, faster growing species, some of which are themselves non-indigenous to the island. Further, satellite imagery revealed that more than one-third of island has since undergone vegetation change, likely resulting in large-scale habitat alterations. 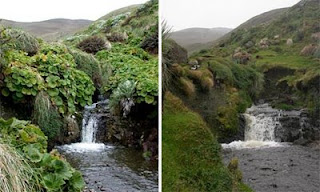 What these results show us is that the consequences of species eradication may be complex with unintended results. Non-indigenous predators and meso-predators can become important components of island food webs –so important that their subsequent removal can have repercussions felt throughout the entire food web. While trying to protect seabird populations is undoubtedly worthy of management action (including eradication programmes), adequately predicting ecosystem-level consequences should be the basis directing such activities. Planning for such management activities must include information gained through experimentation, modeling and natural history. By using all available tools and knowledge, management activities can have a better chance of succeeding and harmful unintended consequences minimized.
Dana M. Bergstrom, Arko Lucieer, Kate Kiefer, Jane Wasley, Lee Belbin, Tore K. Pedersen, Steven L. Chown (2009). Indirect effects of invasive species removal devastate World Heritage Island Journal of Applied Ecology, 46 (1), 73-81 DOI: 10.1111/j.1365-2664.2008.01601.x
Posted by Marc Cadotte at 1/14/2009 05:42:00 PM 1 comment: Links to this post