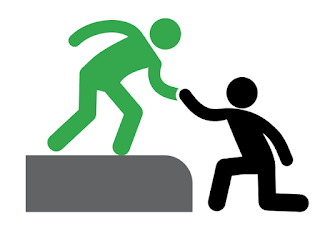 Researchers around the world are trying to keep up on work duties and responsibilities while being required to stay at home. For some people this means caring for young children or other family members, devising homeschooling, switching courses to online delivery, scheduling meetings with team members, receiving new duties from superiors, and perhaps worrying about job security. It is natural that these people may feel overwhelmed and that routine tasks, like checking references or proofreading manuscripts, might seem insurmountable.

However, for others, COVID-19 lockdowns have resulted in more time to push projects to completion and clear out backlogs. There is then inequality in the impact of COVID-19 restrictions on individuals.

These COVID-19 impacts on individuals not only have these unequal impacts on mental wellbeing and career trajectories but are on top of the desperate necessity of conservation science to continue. We win by having a greater diversity of experts communicating with one another.

Publication Partners is an attempt to address some of this COVID-19 impact inequality and to ensure that conservation science is still being published by assisting people with their manuscript preparation. This is a match-making service of the conservation community to bring researchers struggling with their current working conditions together with those that feel that have extra capacity and are willing to help others in this difficult time. The partner might be asked for publication advice, to assist with manuscript editing, help sorting and checking references, organizing tasks for revisions or preparing figures.

To volunteer or request a partner, please see this document with contact instrucitons.

*Thanks to Bill Sutherland for sharing his thoughts on this post.